The Shakopee Soccer Association offers a wide array of summer camps and training/development opportunities for all ages and level of players. Learn from the S.H.S. Boys Varsity Coach, and SSA’s Camp Director Jon Poppen (U.S.S.F. Nationally Certified Youth License Holder) and his staff of current/former high school and college players.

Each day players will compete in a 6v6 Tournament, where teams compete to be crowned World Cup Champions.  Players will also further their juggling skills, work on their footwork, and improve their touch on the ball.  Camps are led by SSA’s Camp Director, Jon Poppen and his staff.  Jon is the boy’s high school coach and a director at SSA.  He holds numerous USSF and NSCAA Coaching Licenses.

Day 1: An attacking 1st touch to commit defenders
Day 2: Finding an advantage and combining with teammates
Day 3: Defending with discipline as an individual
Day 4: Understanding how to defend as a team 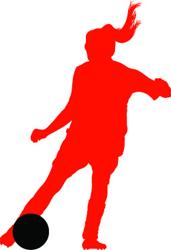 SSA’s Kicks Camp is perfect for both beginning and experienced 5, 6, & 7 year old players. The focus is on individual skill development, enjoyment for the game, and learning!  Each day starts with a themed game where every player has a ball and works on their skill development in a fun and imaginative way.  Next, kids have skill time where they learn a new move or dribbling pattern.  To finish the day, kids play 1v1, 2v2, and 3v3.

Camps are led by SSA’s Camp Director, Jon Poppen.  Jon is the boy’s high school coach and a second grade teacher here in Shakopee.  He holds a National Youth Coaching License and makes every camp a fun experience. 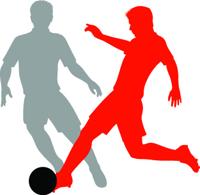 At camp, players will improve their skills and learn how to best apply them in game like activities. Players are divided into age and level appropriate groups so they are challenged and met developmentally where they are. Both rec. and competitive players are encouraged to attend. To finish each day, players compete in a World Cup Tournament! Current Saber Soccer players play with each team and coach players as they play. Championship medals and Team MVP Awards are given at Thursday’s Award Ceremony. 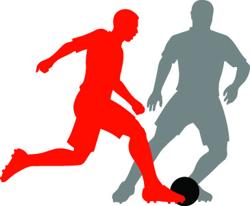 Set up for incoming 8th, 9th, 10th, 11th, and 12th grade students, this camp’s focus is to prepare players for high school tryouts in the following weeks.

Current and former college soccer players will be leading the week. Learn from players who have reached the next level and know what it takes to have a successful season.